Protecting from frost by sprinkling

Frost may seriously damage plants during the winter months and it is an important problem for farmers. The degree of the damage caused by the frost may differ from the type of plant and seed. Frostbiting is particularly harmful during growth and flowering phase. Frost protection methods have been developed recently and this method is currently being applied.

When the air temperature falls below the freezing point, it is possible to protect the plants from frost by spraying the water on the soil and plant by sprinkler method. If you have enough well-water (the temperature of groundwater is between 15-18ᵒC) you may effectively struggle with the frost. As the water starts to freeze on the plant, some of the heat in the water is absorbed by the green part of the plant and the other is absorbed by the soil or air. Thin water layer on the plant turns into ice and the energy released from the water ensures the temperature on the plant surface being around 0°C. Unless extreme cold wind and sudden drop in the temperature reduce the heat, it ensures the protection of the plant from frost. Sprinkling process reduces the humidity and it helps to protect plants from frost. Frost protection with the sprinkler; that is the heat released to the environment while the water freezes. It is about 80 cal / gr.

The most important issue during this process is to continue sprinkling regularly until the sun rays heats the environment and melts the ice on the plant. It is directly proportional to the volume of the water source. You should spray the 1m³ of water with the sprinkler, so that you can increase the temperature of 10 acres of land up to 1ᵒC. The compatibility of the infrastructure is essential. The thickness of the ice formed on the plant by the frozen water may be from 1 mm to 10 mm depending on the air temperature and the length of the duration.

Plants with small trunk are easier to protect in comparison with the fruit trees. In most cases the use of existing drip-irrigation system for this purpose is required by the farmers, however, it is a wrong step. This type of utilization is allowed when the irrigation system is designed to be used for the Frost Protection Sprinkler system.

Note:
From the beginning of the Frost, the sprinkler system should be utilized continuously. This operation should be implemented until the ice melted completely as a result of temperature rise on the following day. Don’t let the risen temperature in the night to confuse you and don’t stop the sprinkling process at all, early stop of the sprinkler may further increase the damage.

Most of the sprinkler systems used for the frost protection perform sprinkling from the top. Sprinkling under the trees also yields results. The calculations should be carried out carefully and the water reservoir should be prepared for the probability of frost at least 3 nights in a row. 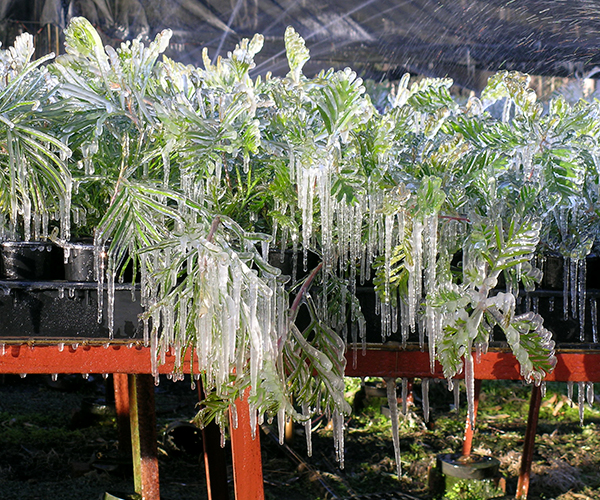 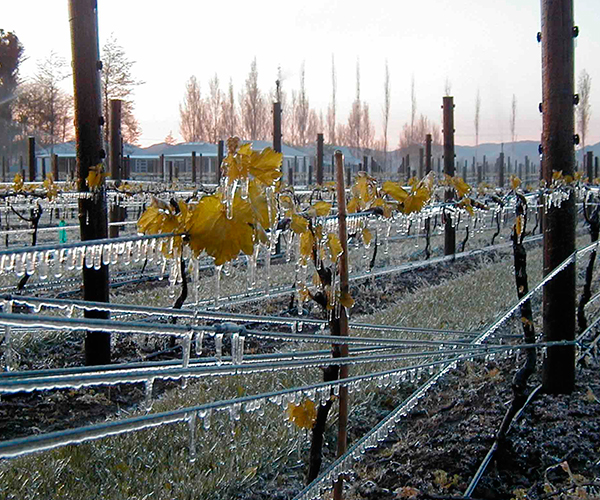 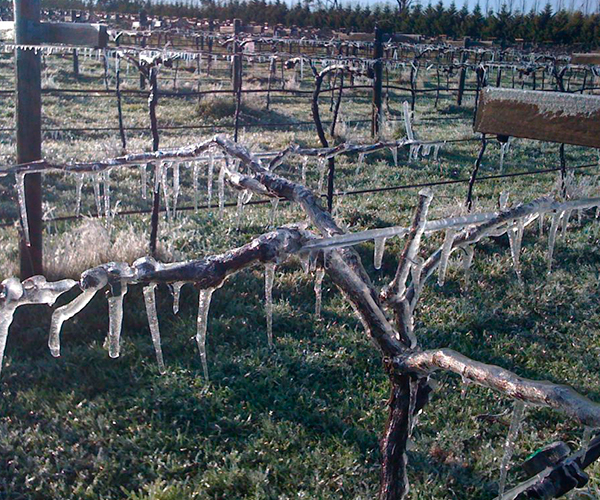 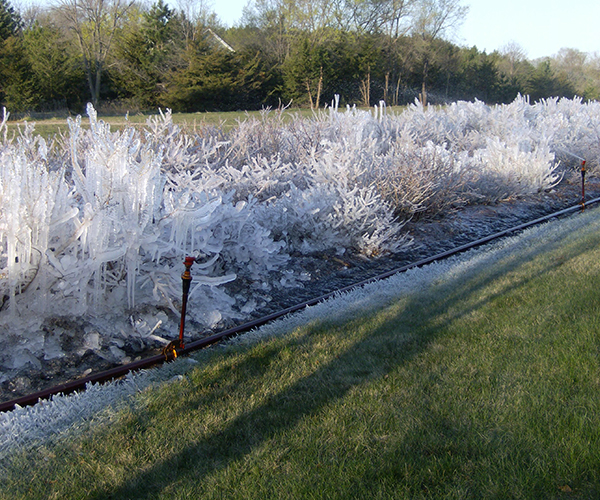 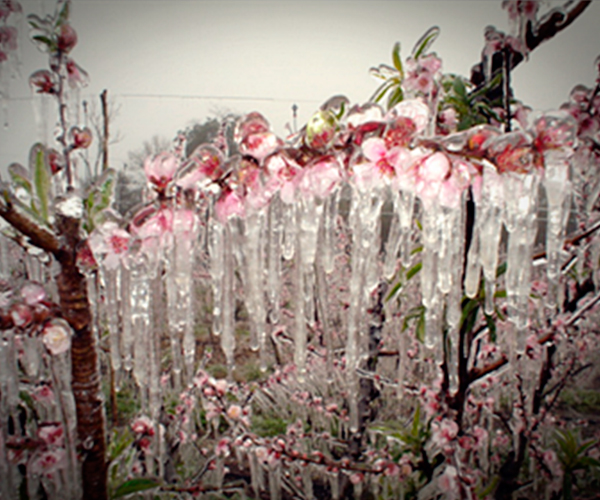 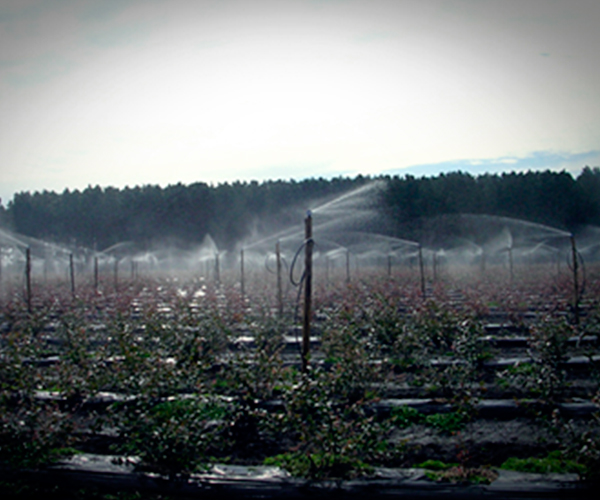 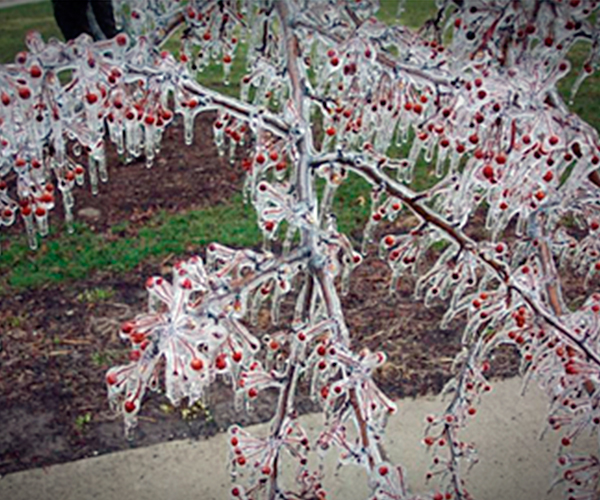