In among pressured irrigation system water and energy loss is minimal in irrigation method. Water source that is taken from the water carrier system, from that point on main pipes and re-manifold is fully fixed underground.

In subsurface irrigation method, water is applied directly to the roots of the plant. Therefore, evaporation (evaporation from the soil) is less negligible. Yet in business operation if irrigation timing and irrigation duration is planned correctly there will be a decrease in transpiration (transpiration from the leaf surface) Nearly around 40-50% of water and energy is saved according to this method.

Drip Irrigation System With A longer Life
The drippers produced with special technology and drip lines are not effected by UV rays, temperature changes and on surface rodentia. The risk of scaling and mossing because of temperature, light and vaporisation is eliminated. With the special substance, regularly released from the drippers, prevents clogging caused by the roots all through the 10 years of useful life of the system.

Low Maintenance and Operation Costs
As the system is buried below the cultivation depth the need for maintenance is at the lowest level. There is no need to pick up at the end of the irrigation season and to lay again at the beginning of the next irrigation season. Being worn, being damaged by the birds and rodentia or being stolen of the drip lines are out of subject.

Higher Yield
With the water and furtigation substances given diretctly to the root the stress of the plant is reduced, a healthy growth is provided and the yield is increased.


The surface of the soil and the green parts of the plant remain dry. This reduce the fungal deseases caused by the damp soil surface over irrigation and the stains on the fruits and vegetables.


The soil does not compress. The aeration becomes at the top level. Thus, a perfect plant growth is obtained.


Water loss because of flow over the surface and evaporation is prevented.


Less and efficient use of water lessens the salinization of the soil.


Unlike on surface drip irrigation herbicides and pesticides go directly to the root of the plant and are not washed away with water.

Given the same amount of water, subsurface drip irrigation covers a 46% larger wetted colume of soil than a surface drip system. This decreases the saturation point of the soil, which not only leaves room for more air, but also improves the capillary movement of water and decreases the water lost to deep percolation. 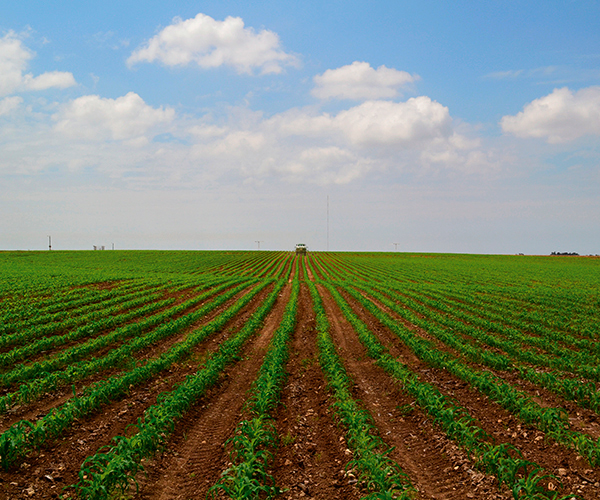 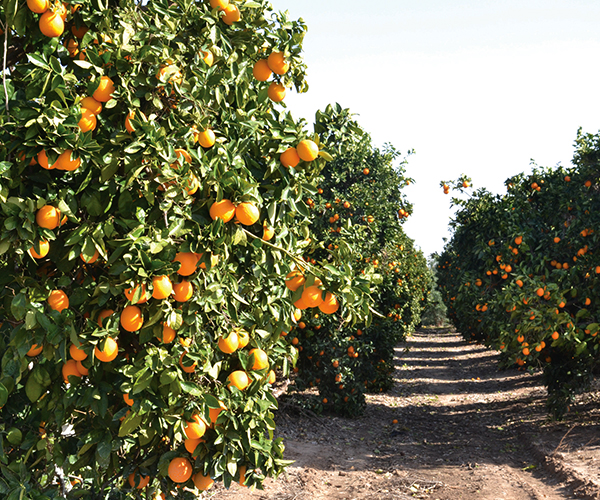 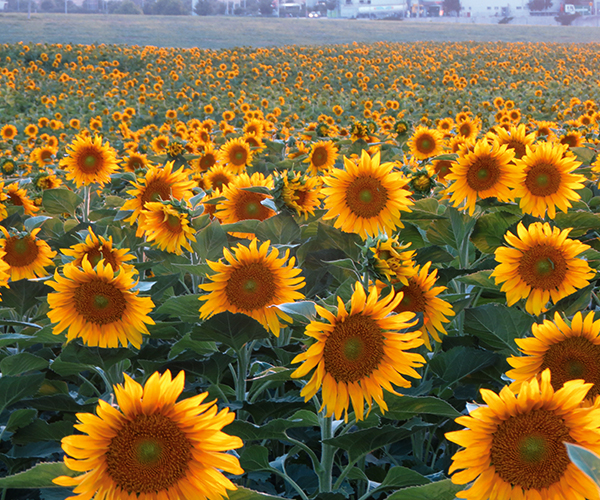 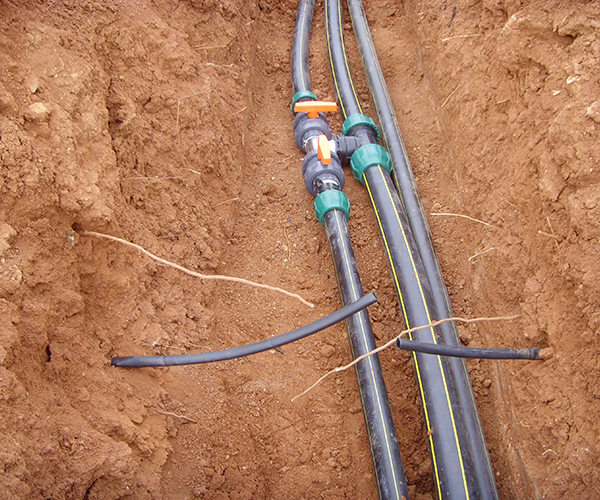 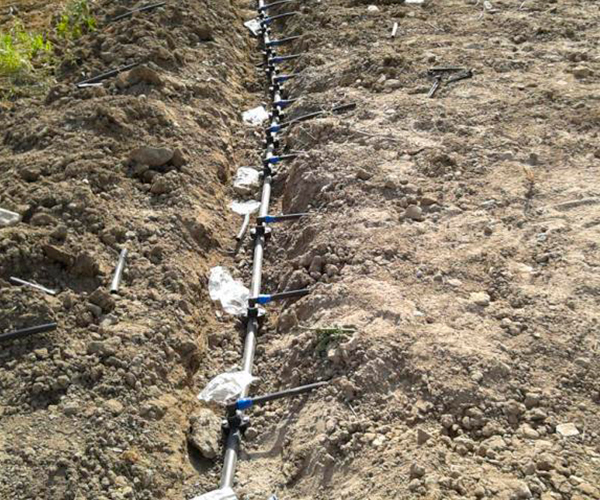 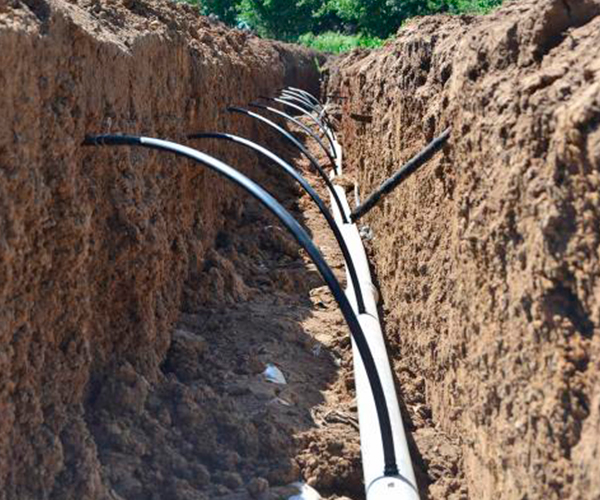 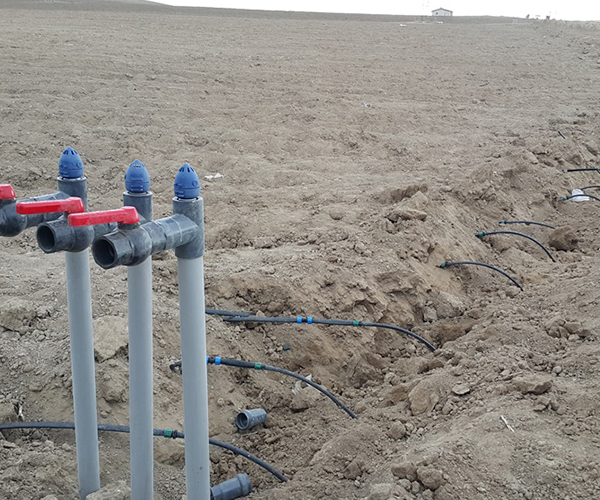 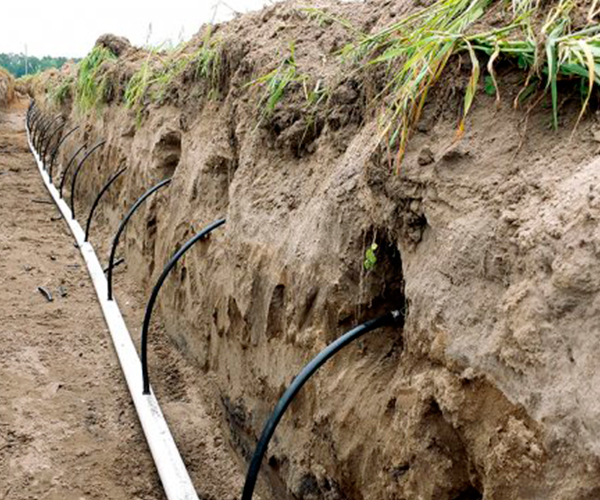 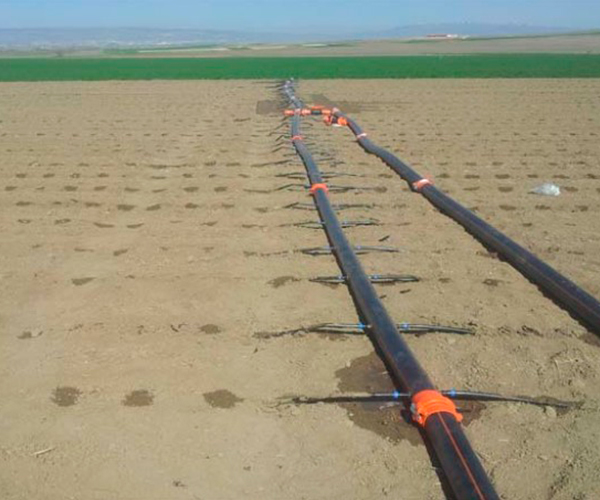 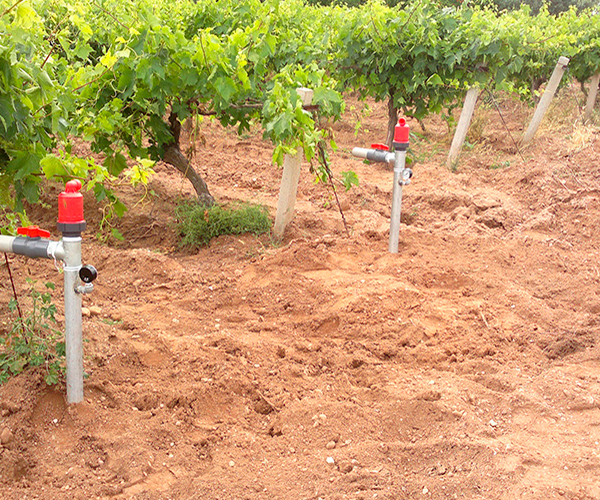 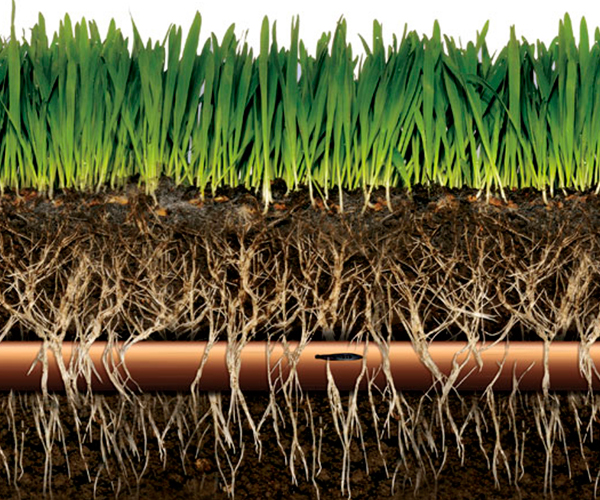 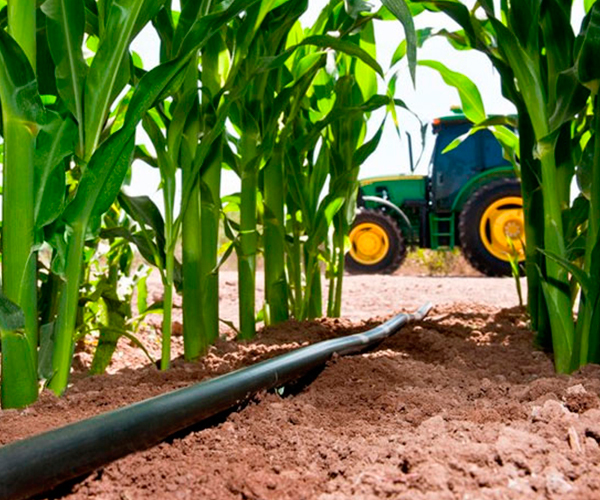 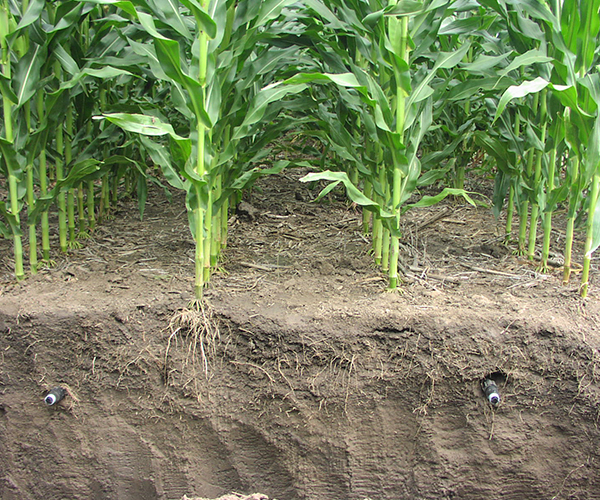 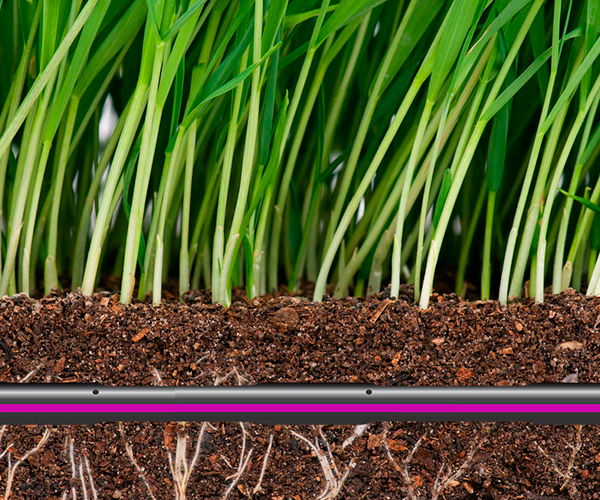